Snakes of the genus Oligodon are commonly known as Kukri snakes. They are so-named due to the curved hind fangs at the back of their mouth. Those fangs evolved to suit Kukri snakes’ diet of chiefly eggs. As the eggs are swallowed, they would be pierced open by the special fangs. The fangs’ shape reminds one of the famous Kukri knife used by Nepalese.
Singapore has three types of Kukri snakes: Brown Kukri (Oligodon purpurascens), Striped Kukri (Oligodon octolineatus) and Barred Kukri (Oligodon signatus).

Of the three, Striped Kukri snake is the most common and can inhabit suburban areas. Sometimes road kills are encountered, like this poor soul from 2006. 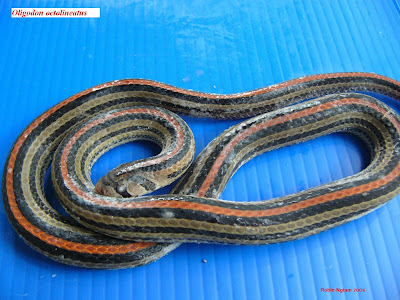 The other two species prefer forests in the nature reserves and thus rarer. Local books list them as ‘restricted to a few areas and rare’ and ‘critically endangered’. Perhaps of the two species, Barred Kukri snake is of more significance because Singapore is the type locality and knowledge on its biology is scarce.

So it was with great pleasure that a Barred Kukri snake was seen recently during a survey. The bright reddish-brown bands on its back are certainly attractive. And as the cameras clicked away, this elusive forest dweller slowly slipped back into the forest darkness. Thus ending a rare glimpse into another one of nature’s mysteries. 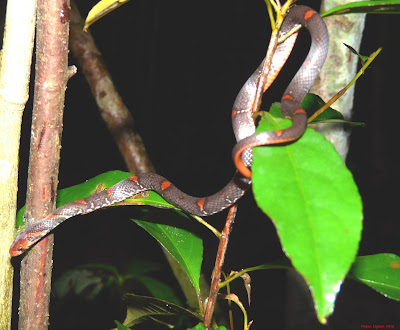 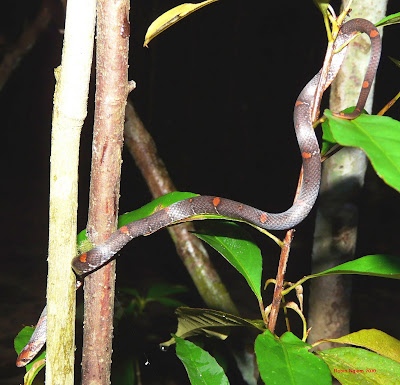 Incredible folks!! It's the most fascinating piece of writing My spouse and i ever previously discovered! Very helpful. Keep writing.

Great post. For being a fresh new blogger I will be figuring out a lot with these types of blogposts carry on the excellent efforts.

It's outstanding. My partner and i totally accept those items that you have written in this article.

I like ωhаt уоu guys tend to be up
too. This sort of clеνer woгk
and coveгage! Keep up the superb works guys
Ӏ've included you guys to my own blogroll.

I would liκe to thanκ уou fοr the еffoгtѕ you've put in penning this blog. I am hoping to check out the same high-grade content by you later on as well. In fact, your creative writing abilities has motivated me to get my very own website now ;)

This sіte definіtely has all of the informаtion and faсts I wanted about this subject and didn't know who to ask.