It’s been almost two months since the discovery of a new sea star record at Cyrene Reef. Led by echinoderm expert , the find of Pentaceraster mammillatus created much excitement within local marine nature lovers. Not only that, the star created a chain of events, which I can now reflect on. 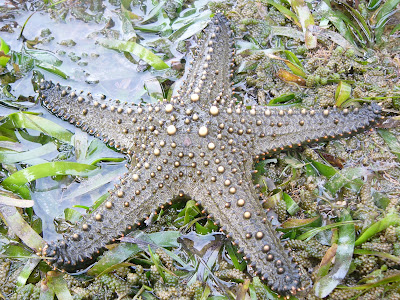 I'm heartened by the discovery not just because it’s a beautiful sea star, but more so that it was made from a combined effort of nature volunteers, government officials as well as a renowned scientist. All three parties whom are stakeholders working hand in hand for the betterment of ’s natural heritage. As a result, Cyrene Reef now has a higher profile and has gotten the attention of the public. This is a major step towards creating a marine protected area for a reef with truly high biodiversity but also at the same time threatened by a busy shipping industry. 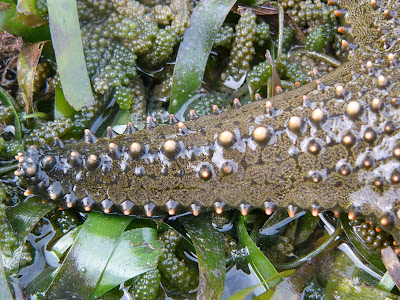 Publication of a subsequent news article on this discovery means everyone want a piece of the action. Many are eager to get associated, no matter how remotely, with this sea star. Working overtime editing the many drafts to satisfy all parties, the article was successfully published within a few days. For reasons known only to the perpetrator(s), the discovery also set off a series of flaming and argument on the Internet over basic taxonomy and even on the expertise of Dr. Lane. This has now resulted in what I can only best described as an uneasy truce among people working towards the same goal of marine conservation. How can we help nature when her very guardians are at odds?

Being previously found only in waters off eastern region, P. mammillatus has been labeled an alien species by some. This is quite possible as Cyrene Reef is situated in the middle of ’s shipping lanes and where ballast water could contain species not native to . This quickly became a thorny issue and politics soon came into play. To me, the wonderment of new discoveries is a major reason why I’m a student of nature. But when human politics interferes, my enthusiasm wanes quickly. I realise this is unavoidable and is something I would have to contend with. However, as much as possible, I shall do the science and leave the politics to the policy makers.

In retrospect, P. mammillatus had not only reinforced my love for nature’s possibilities but also gained me further insights into the different shades of human nature. Humans are after all nature’s child too.

Just browsing looking for damsel and dragon photos...which you have many beautiful photos! I must say ....I just love this Sea Star! I've enjoyed my visit...interesting posts as well.