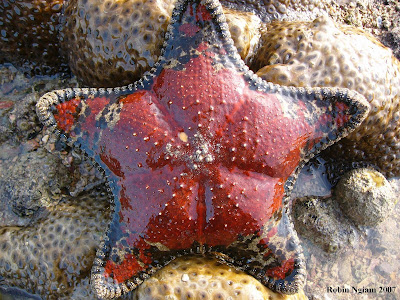 I was surprised to see this asteroid fully exposed during low tide. Its intense redness is a standout and it is large with an arm radius of about 11cm.

Anthenea aspera is rare within the Indo-Pacific region. Of the 31 asteroid species currently known from Singapore waters, A. aspera is among the largest. Their colour and patterns are variable ranging from dark green to dark pink. In Singapore, this species is first found from Changi in 1992 and has since been spotted at Chek Jawa and Pulau Semakau. Looks like they could also be found from our western shore. 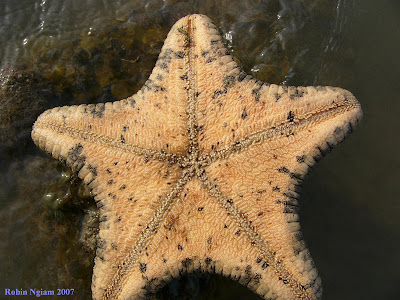 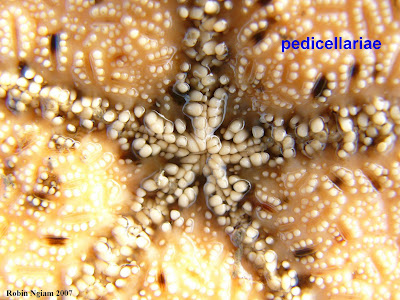 The large bivalved pedicellariae on the oral surface is a typical feature of A. aspera. They are defensive structures that can be used to snip off any settling larvae and thus protect the Cake Star from encrusting organisms.

This Cake Star from Merawang Beacon is a real beauty!