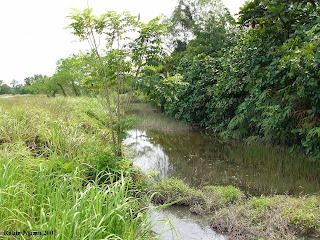 Most of the commonly seen dragonfly species belong to the family Libellulidae. Some of them have adapted to urbanisation and are thriving very well in the ponds and canals within our landscaped parks and gardens. Dragonflies from the family Gomphidae are less common. They are more sensitive to environmental degradation and thus in Singapore; they are more easily encountered in natural streams and water bodies. 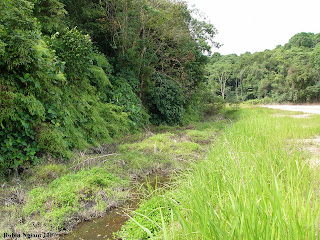 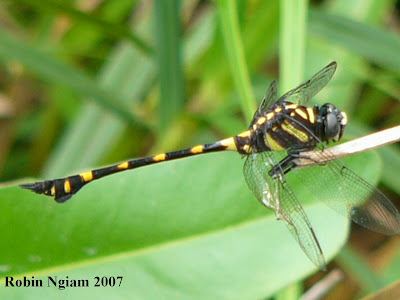 Gomphids' pair of eyes is well separated and this is one of the features differentiating them from other dragonfly families. There are only about eight recorded gomphid species in Singapore. Yangchen spotted this striking Ictinogomphus decoratus during one of our surveys. Ictinogomphus species are large and they like to breed largely in standing water. I. decoratus in particular inhabits ponds and dams which makes them the most common among Singapore’s gomphid dragonflies.

This year we celebrate National Day at Marina Bay. Not many of the spectators would know that the few sedge ponds existing in the nearby Marina South and Marina East would soon be cleared for development. And so we will lose another location which supports good dragonfly diversity.