Another sea cucumber!! This time its from the family Stichopodidae. 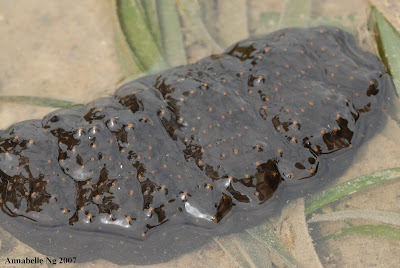 I chanced upon it during a recent seagrass monitoring at Pulau Semakau. It has a thick body wall, a lumpy body surface and is covered with orange papillae which contrast brightly against the black body surface.

Following the advice from Dr. David Lane, I proceeded to obtain some tissue samples from the dorsal tegument before returning the creature back to the sea.

After several failed attempts at ossicles preparation from a different species, I decided to try again. And voilà! The beautiful ossicles appeared as I adjusted the microscope’s focus. Intricate tables, C-shaped, S-shaped and branched rods of various patterns came into view. It’s a real wonder that these microscopic skeletons have, over evolutionary time, been reduced to these beautifully elaborate 3-D structures. 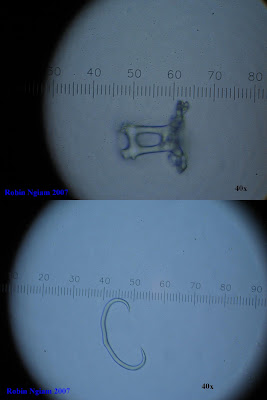 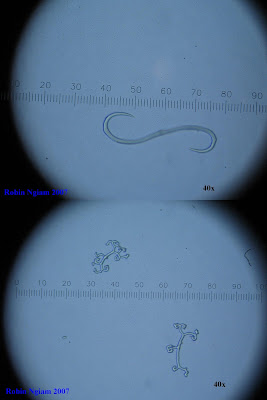 Based on the references, the ossicle shapes and general morphology would identify it as a Stichopus sp. and it most resembles Stichopus herrmanni. However none of the references noted S. herrmanni appearing in black. Looks like I’ll have to search deeper into sea cucumber taxonomy. 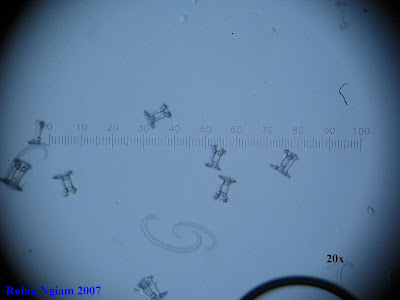 Sea cucumber ossicles, the real beauty is within.