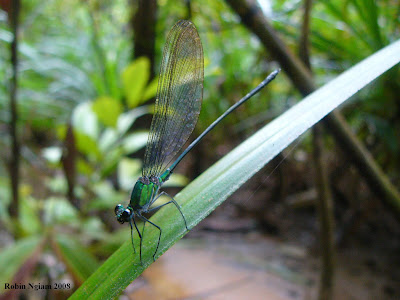 Vestalis amoena
Among Singapore’s damselflies, species from the genus Vestalis probably have the most attractive wings. Depending on the viewing angle and reflecting sunlight, the clear wings of these damselflies can appear to sparkle with purplish iridescence. We have two species in Singapore, Vestalis amoena and Vestalis amethystina. Both species look very much alike with the same metallic green colouration. In fact, the nine species known to exist in Sundaland are so similar in appearance that even differences in wings venation, body colouration and male penis structure are too ambiguous for species recognition. The only sure way to distinguish the species is by examining the male’s anal appendages. 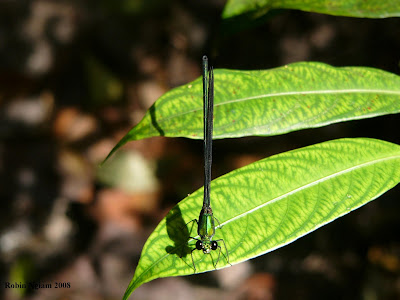 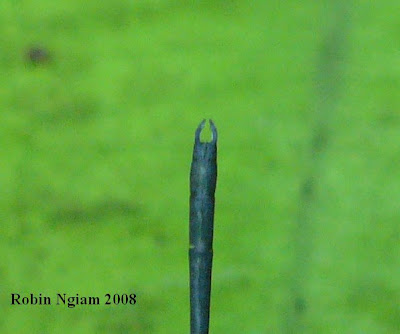 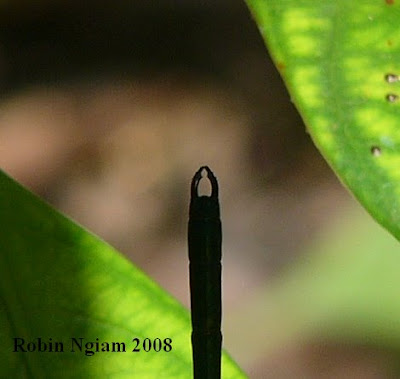 The geographical distribution of these two species is interesting. Both of them occur together from southern Thailand, Malay Peninsula to Sumatra. But V. amoena extends into Borneo while V. amethystina does not. In Borneo a close relative V. amaryllis, not found in the Malay Peninsula or Sumatra, exists. So it seems V. amaryllis became isolated in Borneo, differentiate into an independent species and occupies an ecological niche before V. amethystina could establish itself. 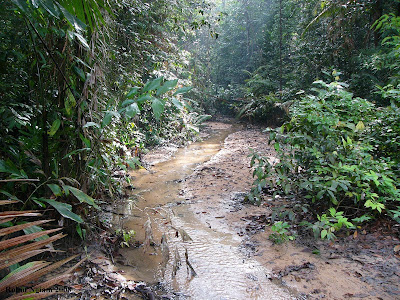 As forests degradation occurs, silt and sediments become accumulated causing streams to flow slower thus making it a more suitable habitat for V. amethystina. Historical records show that V. amoena was once found in Ulu Pandan. This is a perfect case in point of how much forests we have lost and how vulnerable forest damselflies are.

Laidlaw, F. F., 1931. ‘A list of the dragonflies (Odonata) of the Malay Peninsula with descriptions of new species’, Journal of the Federated Malay States Museums, Singapore, vol 16, pp. 175-233.

If you always write interesting, I will be your regular reader. skin care Read a useful article about tramadol tramadol