I find longhorn beetles exceptionally charismatic. The long antennae (although some species have short antennae) easily distinguish this group from other beetles. And it is those long antennae, the large size of certain species including some really colouful patterned ones that have enthralled generations of naturalists. The Chinese has a very apt name for longhorn beetles: 天牛. It means ‘sky cow’. The long antennae reminding them of cow horns and ‘sky’, I can only, or would rather, assume refers to the beauty of these beetles that can only be heaven sent.
Longhorns are in the family Cerambycidae with about 35,000 described species worldwide. In larval stage they are mostly wood-borers and are thus considered pests in the forestry industry, especially so in western countries where introduced Asian species are considered invasive. But in their natural habitat, longhorns have an important role in the nutrient cycle in breaking down dying or decomposing woody plants. Most species can also feed on living trees. Adults feed mostly on young leaves and twigs. 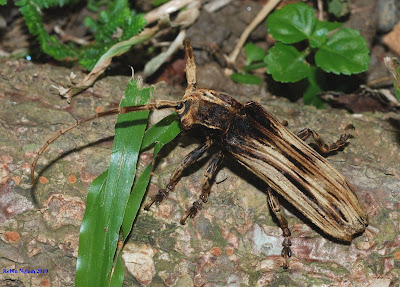 Two recent species I saw. The first is Xylorhiza adusta from Sungei Buloh. It has a wide distribution in Asia, from India to China and down to Sumatra. Known host plants include Beautyberry trees (Callicarpa arborea and C. macrophylla); plant from the mint family (Premna pyramidata); Viburnum odoratissimum and Wrightia tinctoria: both a kind of small shrubby tree. All the above plants have not been recorded in Singapore but species from the same genus can be found here. 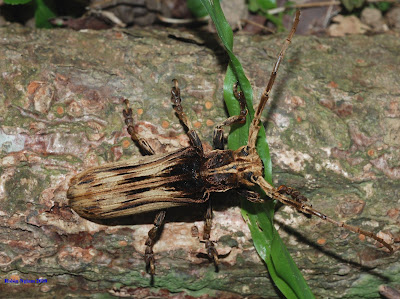 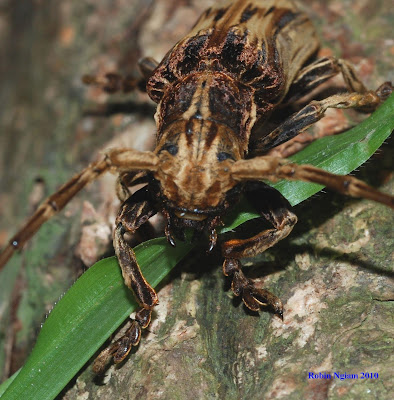 I still can’t identify the other longhorn except that its probably Acalolepta rusticatrix. I saw it, of all places, at a pedestrian bridge along Lornie Road. 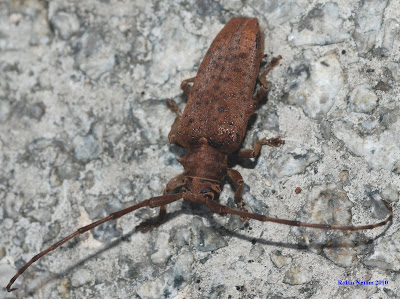 Alfred Wallace was a beetle lover and collected 132 longhorn species from Singapore. His collections form the basis of our local knowledge and today Singapore has an estimated 220 plus species although a significant number might already be nationally extinct due to habitat loss. Current information on Singapore longhorn beetles diversity is still sketchy with many knowledge gaps to be filled. A giant step forward has been taken with this website (http://www.singaporeinsects.com/index.htm) created by the industrious Cheong Loong Fah.

Hi, could you help me identify a beetle? I think its a long horned beetle.

Hi, could you help me identify a beetle? I think its a long horned beetle.

What i don't understood is in fact how you're now not
actually a lot more well-favored than you may be right now.
You are very intelligent. You understand thus significantly in terms of
this subject, produced me in my view consider it from so many varied angles.
Its like women and men aren't interested until it's something to do
with Woman gaga! Your personal stuffs nice.
Always take care of it up!

Howdу! I κnoω thiѕ is kinԁa off
topiс hοweveг , I'd figured I'd ask.
Would you be іnterested in trаdіng
linkѕ or maуbe guest wгiting
a blоg post oг vicе-νеrsа?
Μy site discusses а lot of thе
sаmе tоріcѕ as yours
anԁ I think we could greаtly benefit from еach other.
Іf you're interested feel free to send me an e-mail. I look forward to hearing from you! Great blog by the way!


Here is my page resistor resistance