Orthoptera (meaning ‘straight winged’) is an insect order which includes grasshoppers, crickets, katydids and relatives. This huge group makes up a significant biomass of terrestrial fauna. In the ecosystem they play a crucial herbivory role (although certain species are omnivorous or even carnivorous) as well as prey items for all sorts of predators from spiders to birds and lizards. 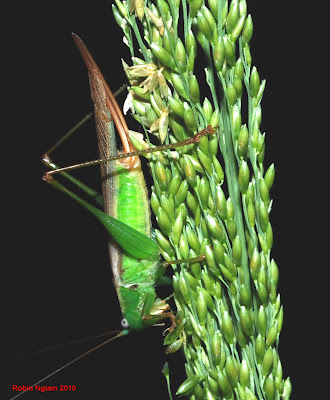 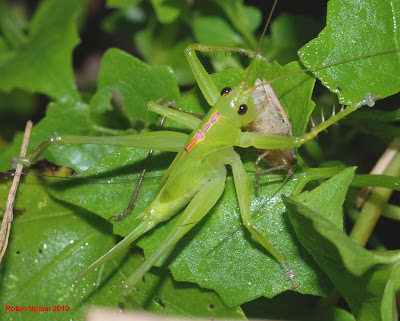 
Orthoptera is poorly studied in Singapore. The last person to do any significant work on them is Prof. Murphy 10-20 years back. Being less colourful and charismatic compared to other insects like butterflies or dragonflies, orthoptera has not attracted the attention of local nature enthusiasts. But not anymore as Tan Ming Kai, a young, mostly self trained orthopterist has started to make important progress in this field. When young, I used to catch small grasshoppers and rear them in small plastic tanks but mostly unsuccessfully. Now thanks to Ming Kai, I was able to look at them in a new light.

Around 100 species has been recorded in Singapore from surveys in the past months. Several species looks the same and so not easy to identify. It does takes lots of practices in the field before I can even identify the more common species. Some features like shape of the head, length of antennae and slight difference in body patterns can be diagnostic. Females usually have very long ovipositor at the rear end for egg-laying into the soil or plant materials. 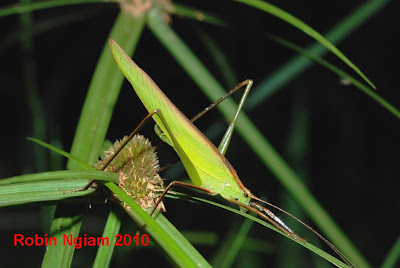 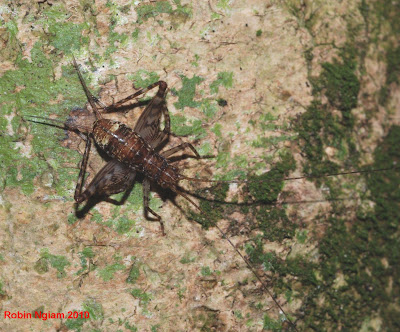 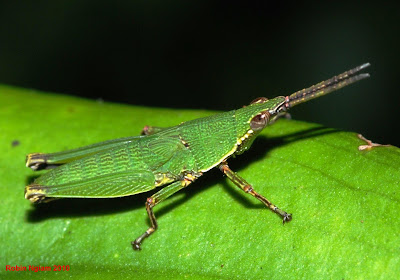 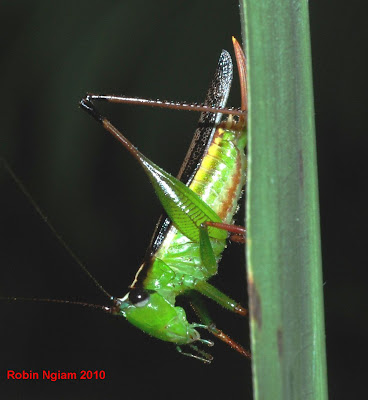 Even though most species are uniformly green or brownish, there are some with really nice colours and patterns. 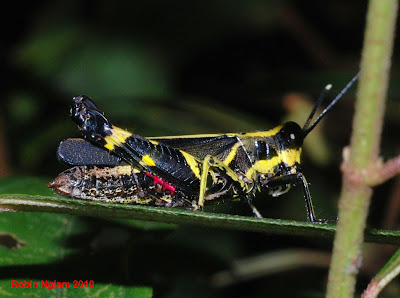 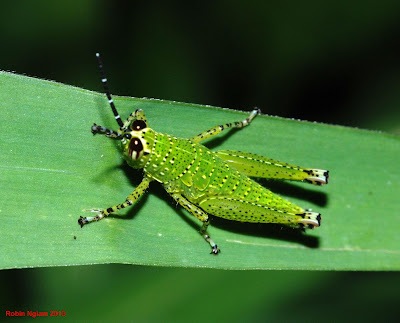 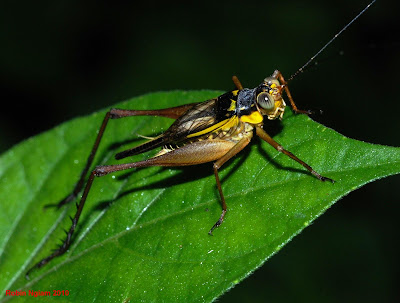 Certain species are superb at camouflage, mainly trying to be like leaves. For example, Chondroderella borneensis will open its wings onto a leaf to flatten its profile thus becoming almost invisible. Simply amazing! 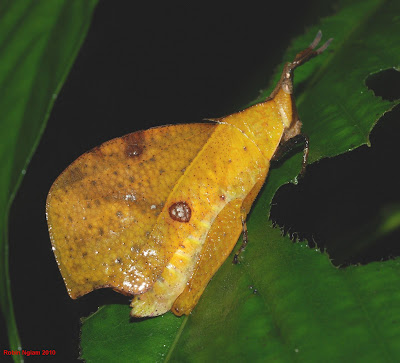 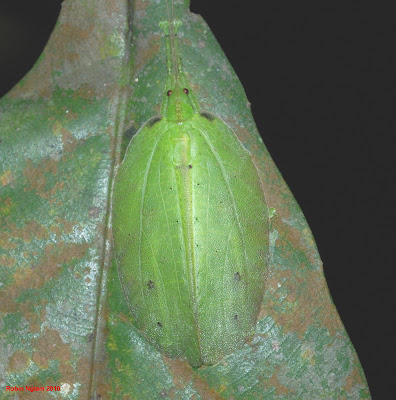 
And as insects do, orthoptera go through a series of moult before reaching adulthood. Normally there are four to six nymph instars stages before adult. One way to recognise a nymph is their developing wings point downwards whereas adults’ wings point either upwards or backwards. 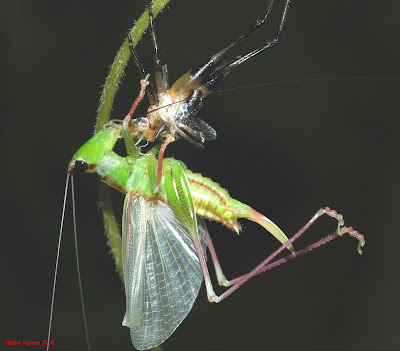 Among orthoptera, crickets and katydids are the most vocal. Their calls and songs serenade as one takes a night walk in the forest or grassland. The vocalisations are produced by means of stridulation where they rub their hind legs against the forewings or rubbing one wing against the other.

Local orthoptera research has been given a new lease of life by Ming Kai. There is already one scale cricket species described from Singapore by a foreign researcher but now a local guy studying local orthopteras are poised to describe other new species from here. This humble, largely ignored insect group is facing an exciting new dawn. 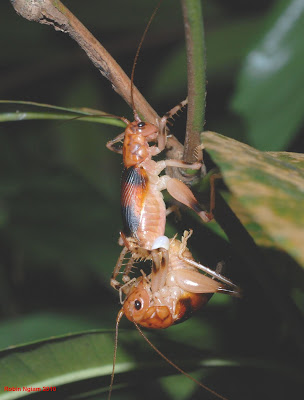 There isn't much literature on this huge Order of insects it seems. I have many photos and do not know where to identify them.